Last week I discussed the California flag, the first of my birthright flags and today I will talk about the second birthright flag, and arguable the more important one in my life: the gay pride, or rainbow, flag.

I consider this flag to be a birthright because I know from experience that I was born gay.  I know some people would passionately dispute this assertion, alternatively arguing that I have made a “choice” at some mysterious point in my life that I don’t recall to be “different” or to “rebel” against normative values.  To this I would say two things: first, at what point did any heterosexual person make the “decision” to be straight and for as long as I can remember, far before I had an concept of what sex or sexuality even was, I knew I found men appealing.  I distinctly recall this attraction from the age of four or five.  Given that I had no concept of sexuality at such an age, I find it ridiculous to argue that I made a “choice.”

The original gay pride flag flew in the San Francisco Gay Freedom Day Parade on June 25, 1978 although it was probably first conceptualized and sewn in 1977 following the request of soon to be assassinated San Francisco Supervisor Harvey Milk.

This original flag, the one flying here,

the meanings of which are indicated below:

Admittedly, I take issue with some of the color symbology here, but as I didn’t create it I suppose I shouldn’t complain too much.

The flag would change quickly in late 1978.  Following the assassination of Milk on November 27, 1978 demand for the flag increased wildly.  There was a shortage of hot pink fabric so that stripe was dropped in favor of the more readily available seven color rainbow format, a style which already existed for other purposes or organizations and which could be rapidly produced to meet demand.

The seven stripe flag is below:

While I understand, intellectually, that it was a fabric supply chain issue that forced the change, I also find the elimination of the stripe representing sex to be telling of the shape the gay liberation movement would eventually take, an admittedly successful one in terms of marriage equality, of eliminating not only an emphasis on sex and sexuality, but a neutering of the movement completely in favor of focusing on “family values,” or how “we are really all just like you” by which “you” means heterosexual America.  And, in fact, the deciding vote in the Supreme Court decision that legalized gay marriage throughout the United States was cast by Justice Kennedy who was swayed by the potential impact on the children of gay parents if those parents couldn’t marry.

I firmly believe that people who happen to be gay who wish to parent a child, or children, should certainly be free to do so, but I am hesitant to have my civil liberties and freedoms predicated on the idea of “family” having to include offspring.  My husband and I have ZERO desire to have children and yet I would argue that we constitute a family in every other way, or in exactly the way that a married heterosexual couple with no children is considered a family.

Who we choose to have sex with is, essentially, the defining characteristic of what it means to be gay.  I prefer to stretch that definition to include whom we also fall in love with, because certainly in my life, the romantic and the sexual have been heavily, although not always, intertwined, and I would argue that this is true for most people.  I find it saddening and hypocritical that the gay movement has chosen to ignore the most essential difference in order to gain acceptance at the cost of neutered identity, as if to suggest that even gay folk find our sexuality too abhorrent to openly admit, further legitimizing our stigmatization in the wider world.  But, just my humble opinion, but since it is my blog, I say what I want, to paraphrase Eric Cartman of South Park fame. 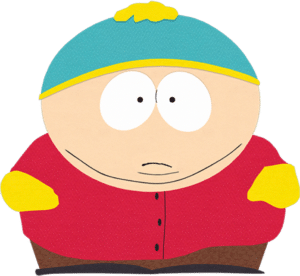 Coincidentally, this seven stripe version of the flag remains almost impossible to source.  I have looked far and wide and cannot locate a vendor for this product.  If any reader knows of a source I would be happy to hear of it.

The seven stripe version was very short lived and perhaps that explains the impossibility of obtaining one.  After less than a year, the Rainbow Pride Flag was modified yet again to the current six stripe version.

I admit that I am not heartbroken about this change.  I fail to understand what “magic/art” have to do with being gay other to further stereotypical ideas about what it means to be gay.  I don’t believe in magic, or faeries, and I am not a bit artistic.  But then again, I don’t necessarily identify with most of other other colors either, so perhaps the flag is best taken as a whole symbol other than as individual parts.

While the six stripe Gay Pride Flag has been more or less the “official” version since 1979, times change and the symbol continues to be modified in various ways.

One of the more common variations allows gay folk to show their patriotism and national pride through this version of the rainbow pride flag: 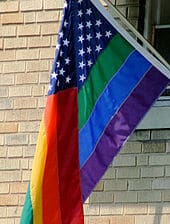 More recently a new version of the eight stripe flag has been released to highlight pride in, and the equality of, people of color, especially gay people of color who may be doubly stigmatized as well as persecuted in their own communities of color.

This version of the flag was debuted by the city of Philadelphia  in 2017.  The inclusion of the black and brown stripes was meant to indicate racial inclusion but some activists felt that the flag was unnecessarily divisive in highlighting racial/ethnic differences within the gay community instead of showing solidarity beyond color lines as the original flag was felt to accomplish.

The newest version of the gay pride flag was first seen in Sao Paulo, Brazil in 2018.  It is a nine stripe version that adds white to symbolize the full gender and sexual spectrum and the inclusion of all.

To be clear, this is not a comprehensive review of all the many variations on the theme of gay pride flags, but rather a review of the most commonly seen variations.  For example, many national and state flag have been modified to include a rainbow theme to indicate pride of place and identity, while other versions have been designed to memorialize those lost to AIDS.  I encourage folks with images of additional variations to share them here.

Brought to you by: Cleaner Today Soft Wash Roof Cleaning 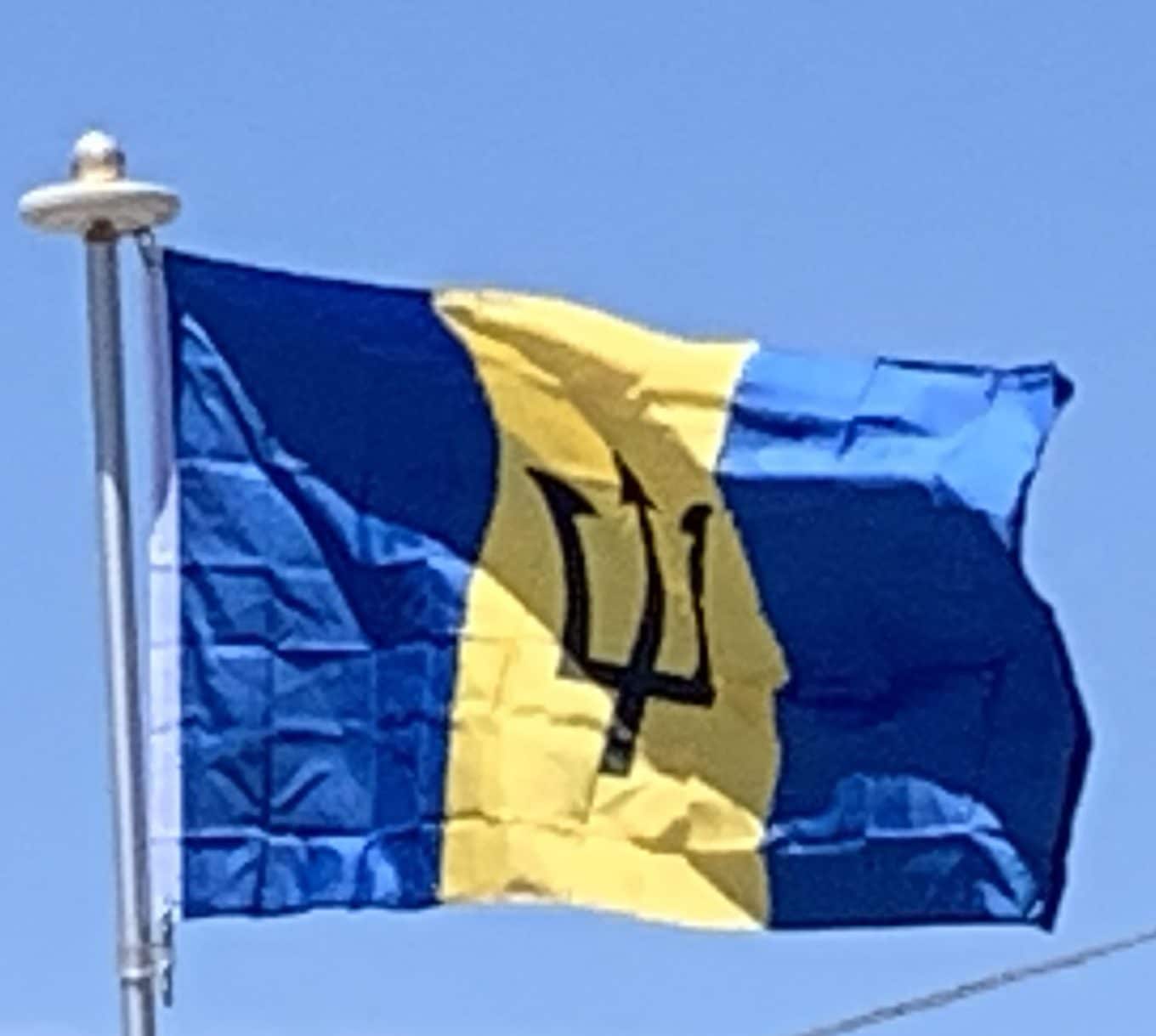