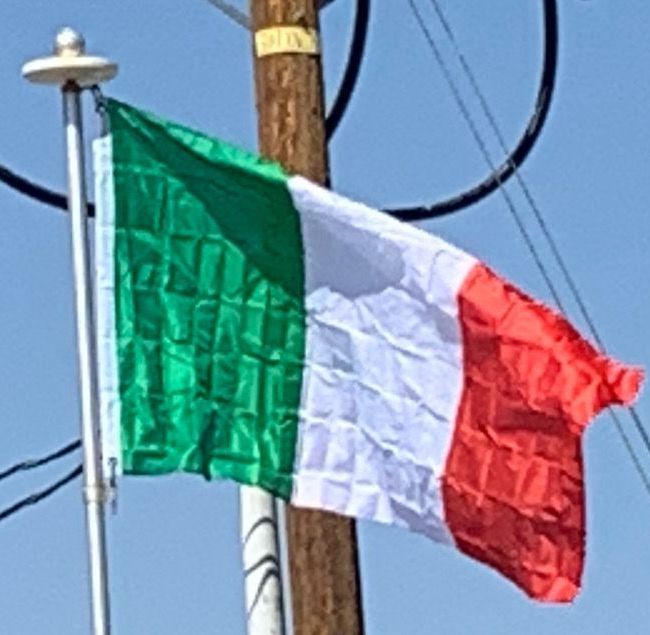 The Tricolour Day, Flag Day dedicated to the Italian flag, is established by law n. 671 of 31 December 1996, which is held every year on 7 January. This celebration commemorates the first official adoption of the tricolour as a national flag by the Cispadane Republic, a Napoleonic sister republic of Revolutionary France, which took place in Reggio Emilia on 7 January 1797. The Italian national colours appeared for the first time in Genoa on a tricolour cockade on 21 August 1789, anticipating by seven years the first green, white and red Italian military war flag, which was adopted by the Lombard Legion on 11 October 1796. 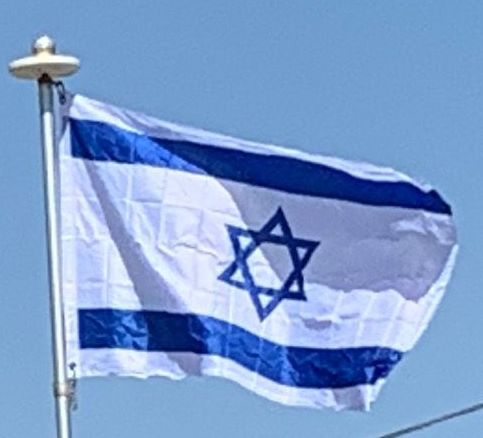 The flag of Israel was adopted on 28 October 1948, five months after the establishment of the State of Israel. It depicts a blue Star of David on a white background, between two horizontal blue stripes.

The blue colour is described as “dark sky-blue”, and varies from flag to flag, ranging from a hue of pure blue, sometimes shaded almost as dark as navy blue, to hues about 75% toward pure cyan and shades as light as very light blue.

The flag was designed for the Zionist Movement in 1891. The basic design recalls the Tallit (טַלִּית), the Jewish prayer shawl, which is white with black or blue stripes. The symbol in the center represents the Star of David (Magen David, מָגֵן דָּוִד), a Jewish symbol dating from late medieval Prague, which was adopted by the First Zionist Congress in 1897. 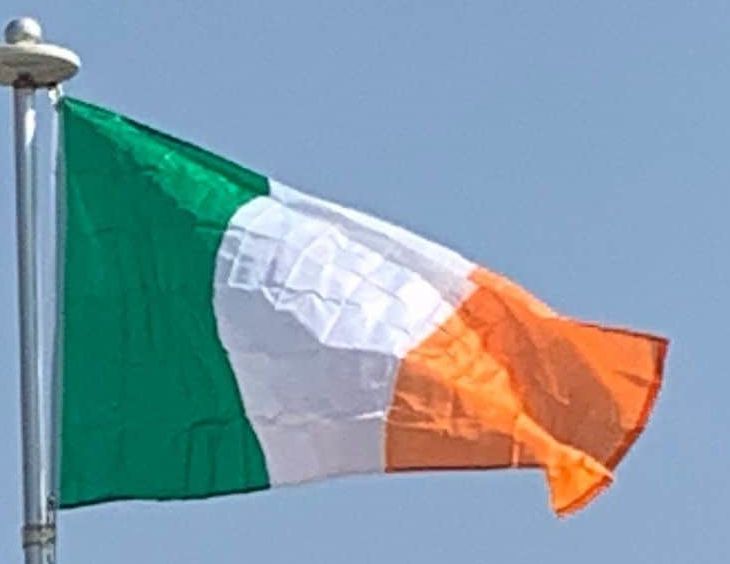 The national flag of Ireland (Irish: bratach na hÉireann), frequently referred to in Ireland as ‘the tricolour’ (an trídhathach) and elsewhere as the Irish tricolour, is the national flag and ensign of the Republic of Ireland. The flag itself is a vertical tricolour of green (at the hoist), white and orange.[1][2] The proportions of the flag are 1:2 (that is to say, flown horizontally, the flag is half as high as it is wide). 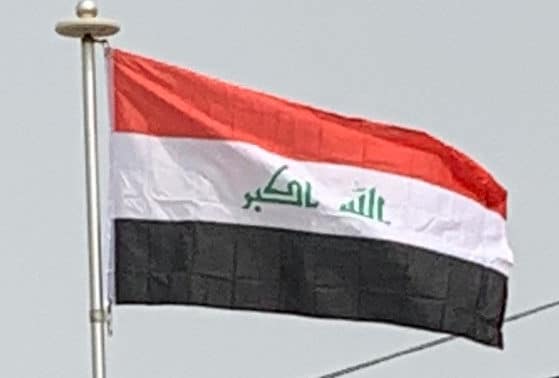 This basic tricolor has been in use since its adoption on 31 July 1963, with several changes to the green symbols in the central white stripes; the most recent version adopted on 29 January 2008 bears the takbīr rendered in dark green. The colours of Iraq’s flag represent 4 different things: Black represents oppression and triumph, White represents bright future and generosity, Red stands for the blood of martyrs, and Green stands for Islam. 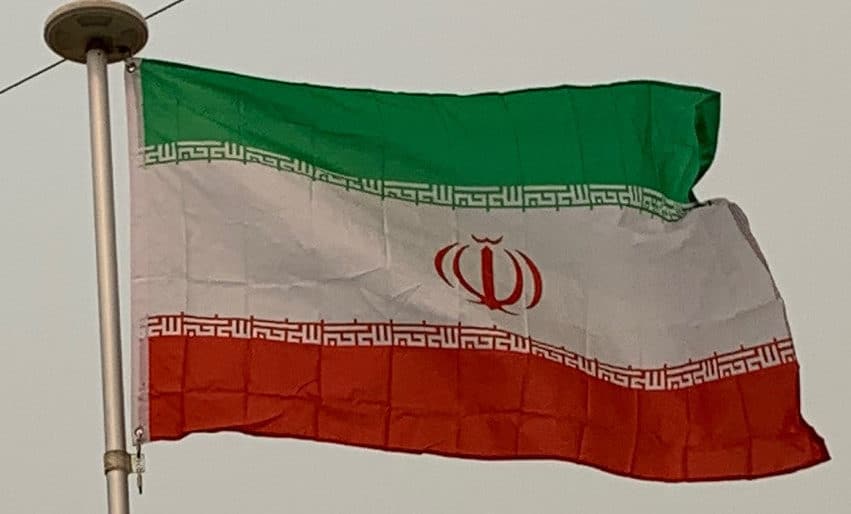 The parliament of Iran, per the 1980 constitution, changed the flag and seal of state insofar as the Lion and Sun were replaced by the red emblem in the centre of the flag. Designed by Hamid Nadimi, and officially approved by Parliament and the Leader Grand Ayatollah Khomeini on 9 May 1980, this emblem is a highly stylized composite of various Islamic elements: a geometrically symmetric form of the word Allah (“God”) and overlapping parts of the phrase lā ʾilāha ʾillā l-Lāh, (There is no God Except Allah), forming a monogram in the form of a tulip it consists of four crescents and a line. The tulip shape of the emblem as a whole memorializes those who have died for Iran and symbolizes the values of patriotism and self-sacrifice, building on a legend that red tulips grow from the shed blood of martyrs. 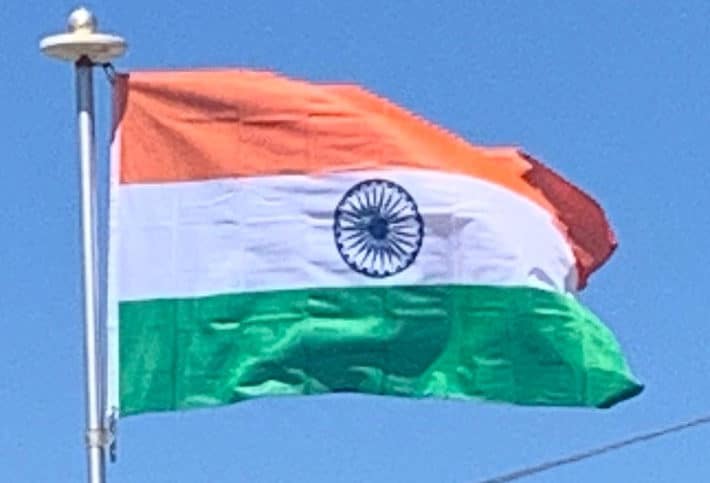 Gandhi first proposed a flag to the Indian National Congress in 1921. The flag was designed by Pingali Venkayya. In the centre was a traditional spinning wheel, symbolising Gandhi’s goal of making Indians self-reliant by fabricating their own clothing, between a red stripe for Hindus and a green stripe for Muslims. The design was then modified to replace red with saffron and to include a white stripe in the centre for other religious communities, and provide a background for the spinning wheel. Subsequently, to avoid sectarian associations with the colour scheme, the three bands were assigned new meanings: courage and sacrifice, peace and truth, and faith and chivalry respectively. 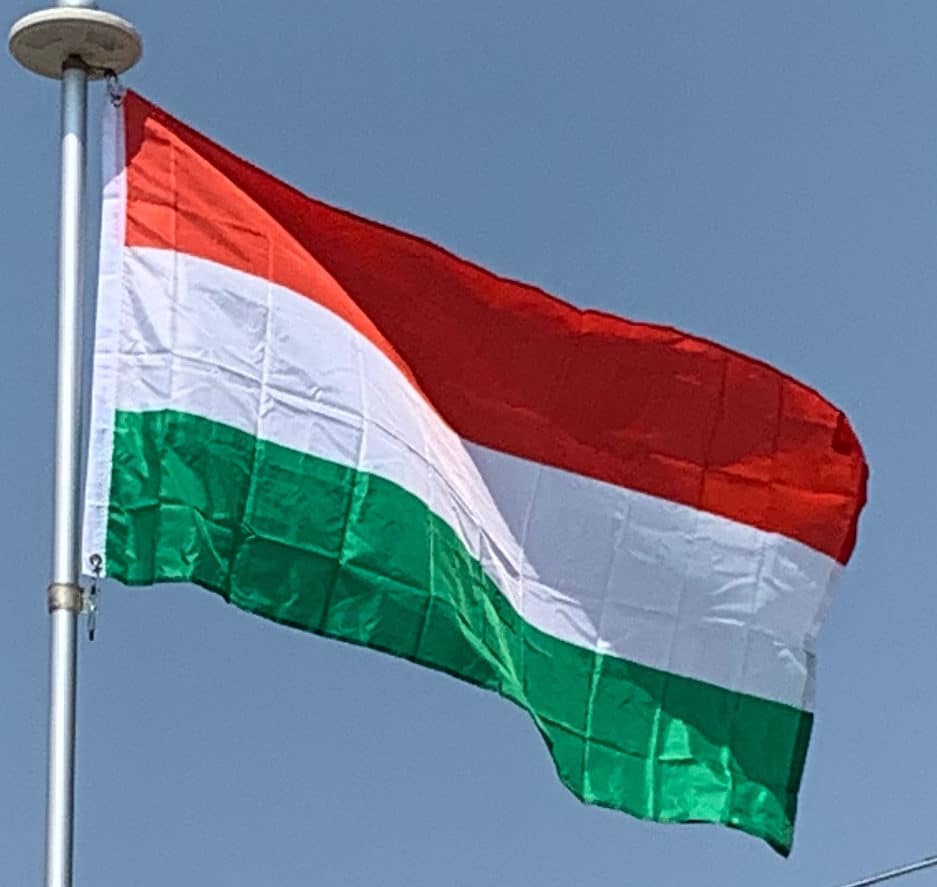 The flag of Hungary is a horizontal tricolor of red, white and green. In this exact form, it has been the official flag of Hungary since 23 May 1957. The flag’s form originates from national republican movements of the 18th and 19th centuries, while its colors are from the Middle Ages. The current Hungarian tricolor flag is the same as the republican movement flag of the United Kingdom (used since 1816) and the colors in that form were already used at least since the coronation of Leopold II in 1790, predating the first use of the Italian Tricolor in 1797. 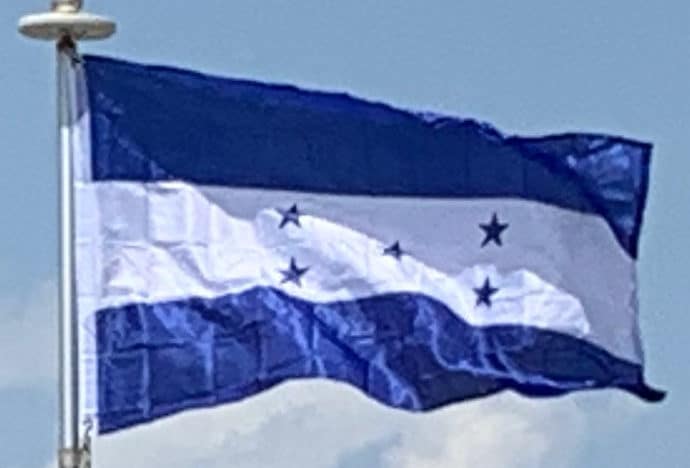 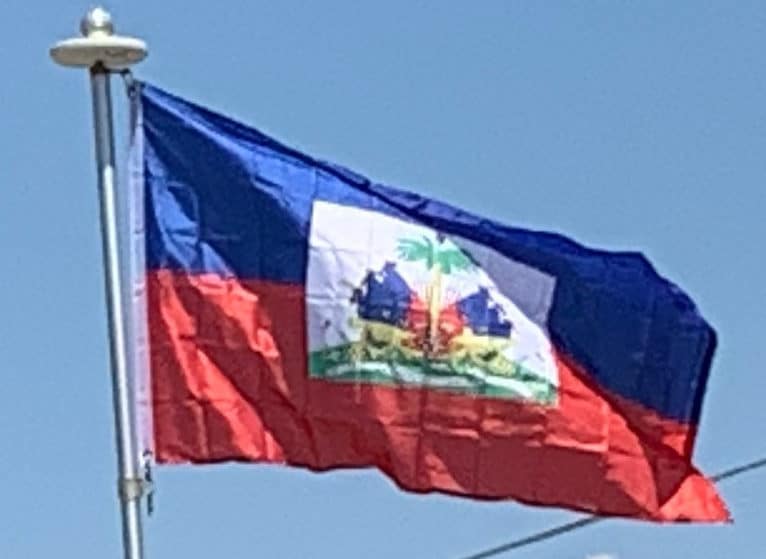 The flag of Haiti is a bicolour flag featuring two horizontal bands coloured blue and red, defaced by a white panel bearing the coat of arms. The coat of arms depicts a trophy of weapons atop a green hill and a royal palm symbolizing independence. The palm is topped by the Cap of Liberty. The motto L’Union fait la Force (“Unity makes strength”) appears on a white ribbon below the arrangement. The flag of Haiti—along with those of Afghanistan, Costa Rica, Bolivia, Ecuador, and El Salvador—is one of six national flags whose designs incorporate a depiction of the flag itself. 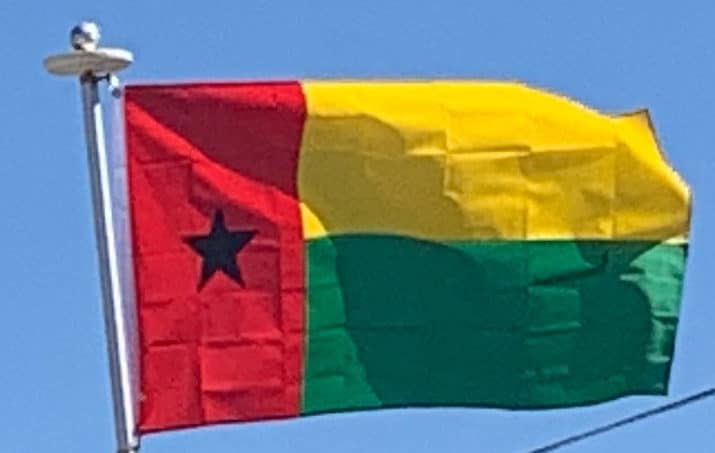 The national flag of Guinea-Bissau was adopted in 1973 when independence from Portugal was proclaimed.

Like the former flag of Cape Verde, the flag is based on that of the African Party for the Independence of Guinea and Cape Verde (PAIGC). It is still the dominant party in Guinea-Bissau. The PAIGC party flag was derived from that of Ghana, which was the first design to use the Pan-African combination of red, yellow, green, and black in 1957.

The flag features the traditional Pan-African colors of gold, green, red, and also the Black Star of Africa. The flag’s design is heavily influenced by the flag of Ghana. The colors have the same meanings: specifically, the red is for the blood of martyrs, green for forests, and gold for mineral wealth.

how to kill pantry moths